At certain times Donald Trump has seemed like a budding authoritarian, a corrupt Nixon, a rabble-rousing populist or a big business corporatist.

But as Trump has settled into his White House role, he has given a series of long interviews, and when you study the transcripts it becomes clear that fundamentally he is none of these things.

At base, Trump is an infantalist. There are three tasks that most mature adults have sort of figured out by the time they hit 25. Trump has mastered none of them. Immaturity is becoming the dominant note of his presidency, lack of self-control his leitmotif.

First, most adults have learned to sit still. But mentally, Trump is still a 7-year-old boy who is bouncing around the classroom. Trump’s answers in these interviews are not very long — 200 words at the high end — but he will typically flit through four or five topics before ending up with how unfair the press is to him.

His inability to focus his attention makes it hard for him to learn and master facts. He is ill informed about his own policies and tramples his own talking points. It makes it hard to control his mouth. On an impulse, he will promise a tax reform when his staff has done little of the actual work.

Second, most people of drinking age have achieved some accurate sense of themselves, some internal criteria to measure their own merits and demerits. But Trump seems to need perpetual outside approval to stabilize his sense of self, so he is perpetually desperate for approval, telling heroic fabulist tales about himself.

“In a short period of time I understood everything there was to know about health care,” he told Time. “A lot of the people have said that, some people said it was the single best speech ever made in that chamber,” he told The Associated Press, referring to his joint session speech.

By Trump’s own account, he knows more about aircraft carrier technology than the Navy. According to his interview with The Economist, he invented the phrase “priming the pump” (even though it was famous by 1933). Trump is not only trying to deceive others. His falsehoods are attempts to build a world in which he can feel good for an instant and comfortably deceive himself. 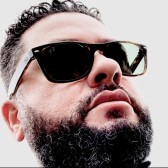